Dr. Ames graduated from Harvard in 1995 where he earned a degree in American History.  After college he worked as a math teacher at the Colorado Rocky Mountain School in Carbondale, Colorado, and as a business manager and backcountry guide in Edwards, Colorado.  He returned east and completed his medical school (2004) and orthopedic residency (2010) at Dartmouth.  During residency he completed a masters at The Dartmouth Institute for Health Policy and Clinical Practice (2008).  He completed a Sports Medicine fellowship at the Steadman-Philippon Research Institute in Vail, CO (2011).  His practice includes sports medicine and hip, shoulder and knee arthroscopy.

He is an active member of the US Ski and Snowboard Physician Pool (national governing body of Olympic skiing and snowboarding).  He is also a member of the American Orthopaedic Society for Sports Medicine, Arthroscopy Association of North America and American Academy of Orthopaedic Surgery.  He and his wife Beth have three boys (Sam, Ben and Andrew) all of whom are avid Dartmouth College sports fans and outdoor enthusiasts. 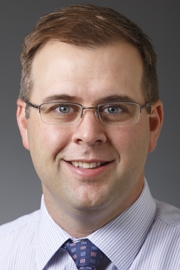 Dr. Dadekian is a graduate of Holy Cross (B.A., 2002) where he studied Biology and Economics. As a member of the Brown-Dartmouth Program, he attended Dartmouth Medical School (2002-2004) and the Warren Alpert School of Medicine at Brown University (M.D., 2006).  He completed residency in Internal Medicine at Yale-New Haven Hospital (2006-2009) and then served in the United States Navy at Walter Reed National Military Medical Center (2009-2013), achieving a rank of Lieutenant Commander. While in the Navy, Dr. Dadekian served as the Director of the Hospital Medicine service at Walter Reed as well as an associate program director for the Internal Medicine residency.

Upon completion of his military service, Dr. Dadekian returned to the Upper Valley to complete his fellowship in Cardiovascular Medicine (2013-2016) and then joined the faculty at Dartmouth-Hitchcock where he currently works as a non-invasive Cardiologist and the assistant program director for the Cardiology Fellowship.  His clinical focus is in imaging (echocardiography, stress testing, and nuclear cardiology), medical education, and sports cardiology.

He spends his free time with his wife, Becky, a hospitalist a Dartmouth-Hitchcock and graduate of the Geisel School of Medicine (2006) and their two boys, Jackson and Ethan. He enjoys hockey, baseball, a variety of outdoors activities (camping, hiking, cycling), and anything that will tire out his children. 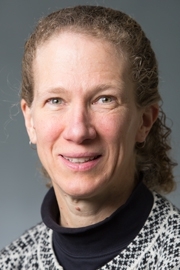 Dr. Karlson is a graduate of Williams College and the University of Connecticut Medical School, where she also completed a family medicine residency.  After a sports medicine fellowship at the University of Michigan, she came to Dartmouth-Hitchcock Medical Center in 1997, where her practice is mixed between primary care and sports medicine.  Dr Karlson joins us part time for non-operative orthopedic and medical care of athletes.

She competed in the 1992 Olympics in rowing and continues to travel with the US national rowing team, including serving as a team physician to the 2008 US Olympic team.  She can be found Nordic skiing or cycling, depending on the season. 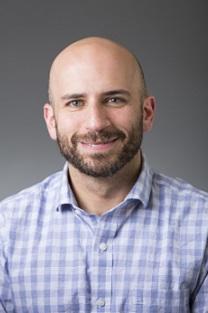 Dr. Lichtenstein is the Director of the Pediatric Neuropsychology and Sports Neuropsychology Programs at Dartmouth-Hitchcock Medical Center. He is also an Assistant Professor of Psychiatry, Pediatrics, and The Dartmouth Institute for Health Policy and Clinical Practice at the Geisel School of Medicine at Dartmouth. Dr. Lichtenstein earned his doctorate in clinical psychology and masters in business administration from Widener University and completed postdoctoral fellowships at the Sports Concussion Center of New Jersey and the Geisel School of Medicine. He is currently the concussion management consultant for middle schools, high schools, and colleges in the region. Dr. Lichtenstein was the principal investigator and clinical director of Concussion Chalk Talk, a federally-funded demonstration project that introduced return-to-learn practices following concussion to middle and high schools. This program continues to run in several schools in New Hampshire. Dr. Lichtenstein's concussion research examines the effects of age, environment, and exercise on post-concussion assessments. He also contributes to the development of novel interventions to improve recovery (e.g., prescribed exercise, yoga, and mindfulness), change concussion culture and education delivery in schools, and test innovative brain-based biomarkers for diagnosis, monitoring, and recovery. Dr. Lichtenstein is also Dartmouth's research representative to the Big-Ten/Ivy League TBI Research Collaboration. 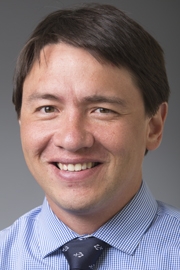 Dr. Lin graduated from Washington University in Saint Louis where he competed in Track and Field and earned a B.A. in French.  After college he took a year off to ski and travel in South America.  He graduated from the University of Massachusetts Medical School in 2010 and completed a residency in Orthopaedic Surgery at Dartmouth Hitchcock Medical Center in 2016. During residency he obtained an M.S. degree through the Dartmouth Institute for Health Policy and Clinical Practice in 2013.  He left New England to complete a Sports Medicine fellowship at the Taos Orthopaedic Institute in Taos, New Mexico in the heart of the Sangre De Cristo mountains.

He is a member of the US Ski and Snowboard physician pool and travels with the Slopestyle Ski Team.  He is board certified in Orthopaedic Surgery with subspecialty certification in Sports Medicine and Arthroscopic Surgery.

He lives in Lebanon with his wife, Leah, their son, Sammy, and two dogs, Bear and Blue.  Sammy attended his first college football game in Hanover when he was 6 weeks old. 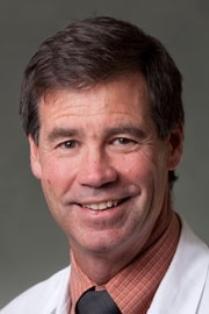 In 2015 he was appointed Director of Sports Medicine. Dr. Carr's other appointments include Associate Professor of Orthopaedic Surgery at the Geisel School of Medicine and the Residency Program Director Dartmouth-Hitchcock Orthopaedics. He completed both his undergraduate (1979) and medical school (1981) education at Dartmouth College. His orthopaedic residency was completed at Dartmouth-Hitchcock Medical Center in 1987. He completed two fellowships after residency. One in Orthopaedic Trauma at the University of Washington and the other in Upper Extremity Surgery at the University of Pennsylvania.

After 31 years of service, Dr Carr retired in 2022. He continues in an advisory and support role as team physician.