In this talk, Han will discuss his recent work on understanding and learning invariant representations. 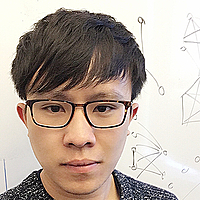 Bio: Han Zhao is a PhD candidate at the Machine Learning Department, Carnegie Mellon University, advised by Geoffrey J. Gordon. Before coming to CMU, he obtained his BEng degree in Computer Science from Tsinghua University (honored as a Distinguished Graduate) and MMath degree in mathematics from the University of Waterloo (honored with the Alumni Gold Medal Award). He has also spent time at Huawei Noah's Ark Lab, Baidu Research, Microsoft Research, and the D. E. Shaw Group. His research interests are broadly in machine learning, with a focus on invariant representation learning and tractable probabilistic reasoning.