Pride is the celebration of LGBTQIA+ identities at Dartmouth, commemorating the history and culture of queer people.

Join us for Transform! 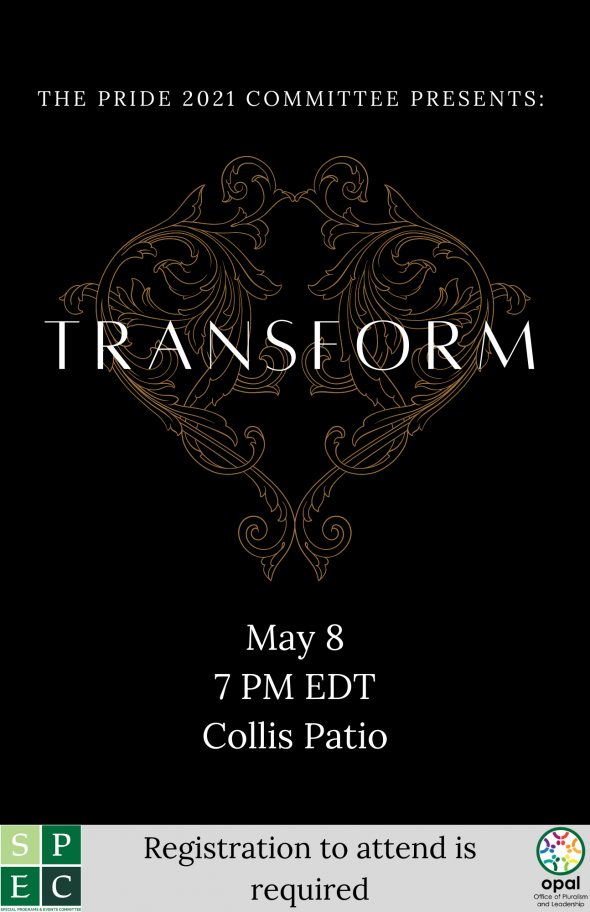 The show known as TRANSform is one of the traditional PRIDE celebration events. People from various communities on and off campus come together for the gender-bending fashion extravaganza. TRANSform actively disrupts the cultural gender policing, cissexism, and heterosexism on campus.Participants use their creativity to inspire others to break through boundaries. This years' show will include both an in-person and virtual experience for the Dartmouth community and audience. Stay tuned for more information (list of performers, theme, host, etc.) as the date gets closer. 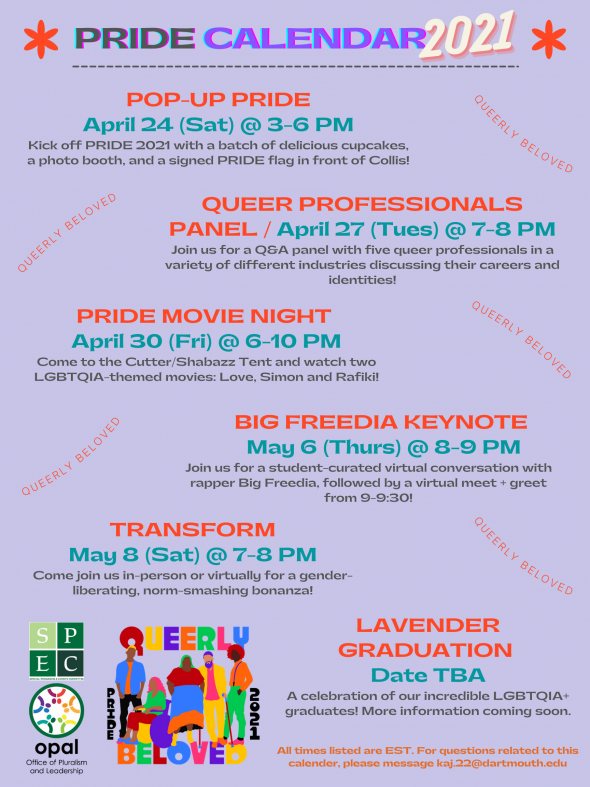 Pop-Up Pride
April 24 from 3-6PM
Kick off Pride 2021 with a batch of delicious cupcakes, a photo booth, and a signed Pride flag in front of Collis!

Queer Professionals Panel
April 27 from 7-8PM
Join us for a Q&A panel with five queer professionals in a variety of different industries discussing their careers and identities!

Big Freedia Keynote
May 6 from 8-9PM
Join us for a student-curated virtual conversation with rapper Big Freedia, followed by a virtual meet & greet from 9-9:30!

Transform
May 8 from 7-8PM
Come join us in person or virtually for a gender-liberating, norm-smashing bonanza!

____
Full event details can be found below. 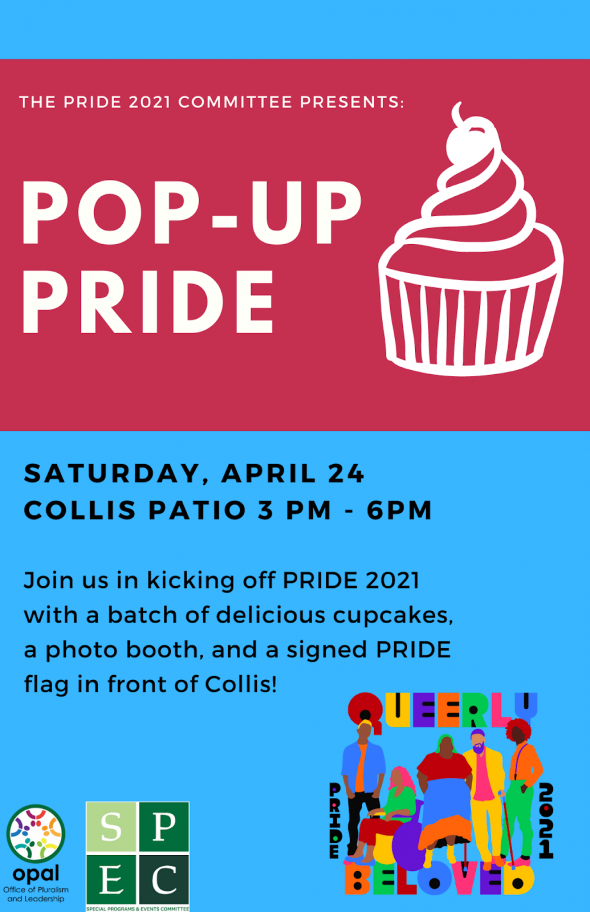 Kickoff PRIDE 2021 with a batch of delicious cupcakes from local bakery and sweets shop My Brigadeiro, a photo booth, and a signed PRIDE flag in front of Collis! 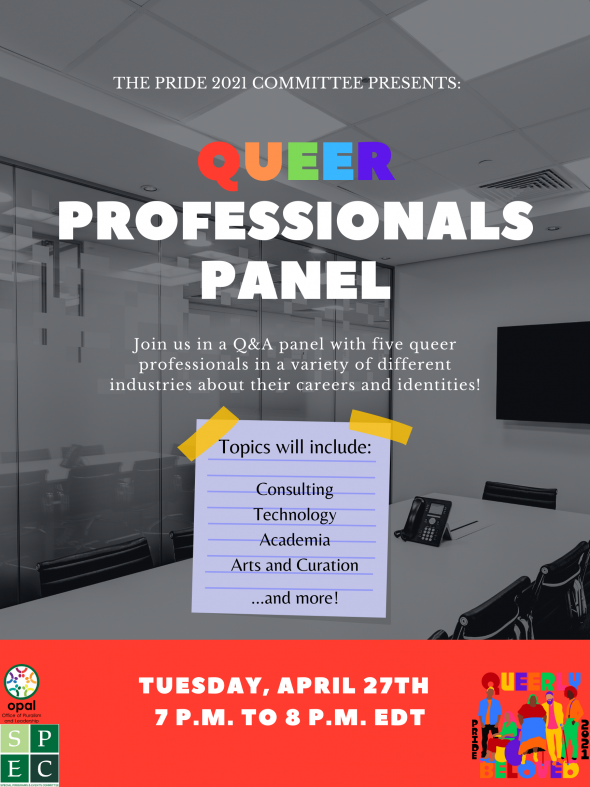 Join us in a Q&A panel with five queer professionals in a variety of different industries, from academia to technology, about their careers and their identities. Speakers will include: 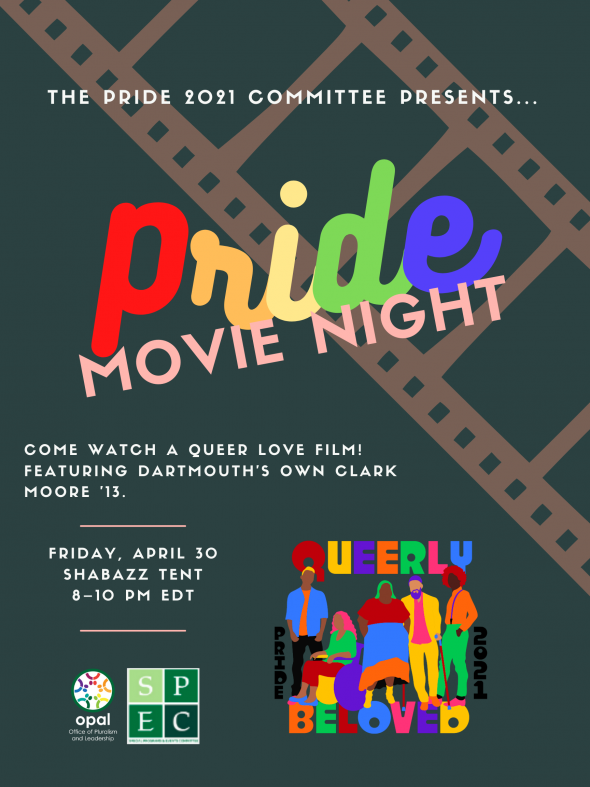 Pride 2021 is excited to screen two LGBTQ-themed movies, Love, Simon (2018) and Rafiki (2018). Both films have been lauded for their realistic depictions of queer love; Love, Simon even features Dartmouth's own Clark Moore '13!

This in-person event will be capped at an attendance of 25 students. Sign-in at the tent; pre-registration not required.

Talk Back with Big Freedia 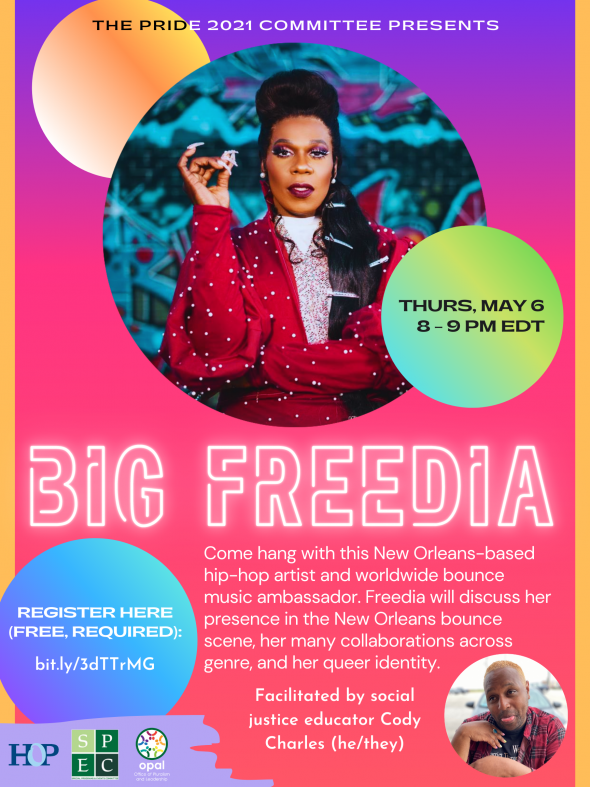 Presented in collaboration with Hop@Home

Closed captioning/live transcription will be available and this event will be recorded. Recordings will be publicly available for one week once captioning is finalized.

Join students from the Pride committee to present a conversation with New Orleans-based hip-hop artist and worldwide bounce music ambassador Big Freedia. Freedia will discuss her presence in the New Orleans bounce scene, her many collaborations across genre, and her queer identity. This event will be facilitated by social justice educator Cody Charles (they/them).

This conversation with Big Freedia will be hosted on the Hop's YouTube channel, and is open to Dartmouth students, employees and alumni and Hop Members.

Dartmouth students:  Attend a watch party — stop by Collis Common Ground on May 6 at 8 pm ET. See the Big Freedia conversation on YouTube with your friends! Note that capacity is limited to 25 students.

Following the conversation will be a 30-minute virtual meet-and-greet for Dartmouth students (with space for 20 Dartmouth student virtual attendees). This year's pride theme is "Queerly Beloved"  to emphasize the beauty found in the many different sections of the LGBTQIA+ community. The PRIDE committee wants all Dartmouth students to feel at home, no matter their identity.

Known as the Queen of Bounce music, Big Freedia is New Orleans-based hip-hop artist and worldwide ambassador of bounce music. After a series of cult hit singles during the mid 2000's, she was tapped for a reality show, ​Big Freedia Bounces Back​ on Fuse TV. The docuseries followed the life of a choirboy turned bounce rapper and remains the highest rated original series on the network. It was only a matter of time until Big Freedia caught the attention of iconic artists including Beyoncé and Drake. She was featured on both Beyoncé's Grammy-winning single, "Formation" and Drake's "Nice For What."

Big Freedia released the critically acclaimed album, '3rd Ward Bounce' (which featured Lizzo among others) on Asylum Records in 2018. In the summer of 2019, the Queen of Bounce debuted her limited run ice cream flavor 'Big Freedia's Bouncin' Beignets' with the ice cream giant Ben & Jerry's. She graced the cover of ​Billboard Magazine​, and was invited by​ Vogue Magazine​ to be the official host of the Iive Instagram stream for the Met Gala.

In October 2019, Big Freedia and multi-platinum pop artist Kesha released their new pop single "Raising Hell." The song remains on the pop radio charts and the two performed the hit song on Jimmy Kimmel LIVE! Big Freedia's latest single "Louder" from her forthcoming project dropped in November. She is also the author of the critically acclaimed memoir, ​Big Freedia: God Save the Queen Diva!​ on Gallery Books/Simon & Schuster. 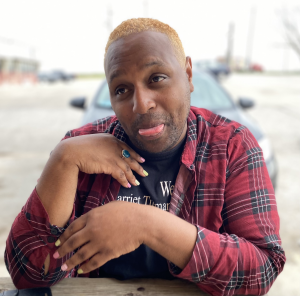 Cody Charles (he/they) is an engaging and passionate social justice educator and writer who believes in having the critical and often difficult conversations in regards to leadership and social change. Cody believes that engaging the process of leadership cannot exist without being rooted in an understanding of power and privilege. In addition to serving as Associate Director in a University Office of Multicultural Affairs, Cody is the author of a variety of articles around identity and pop culture - A Pride Story: Choosing To Live My Black Fat Queer Life, 10 Common Things Well-Intentioned Allies Do That Are Actually Counterproductive, A Letter to Black Greeks Who Happen to be Black and Queer, Higher Ed Hates Me, Student Affairs is a Sham, College Advice for Students of Marginalized Identities, 6 Scenes from 'Moonlight' That I Still Dream About, Black Joy, We Deserve It, and What Growing Up Black And Poor Taught Me About Resiliency.

Join them for more conversation on Twitter/Instagram (@_codykeith_) and Facebook (Follow Cody Charles). Please visit their blog, Reclaiming Anger, to learn more about them.

Pride at Dartmouth seeks to:

Queer and Trans justice is fundamentally connected to racial justice, class justice, criminal justice, immigration justice and many other social issues. It is through PRIDE events that we aim to raise awareness and understanding of these overlapping and interconnected issues. 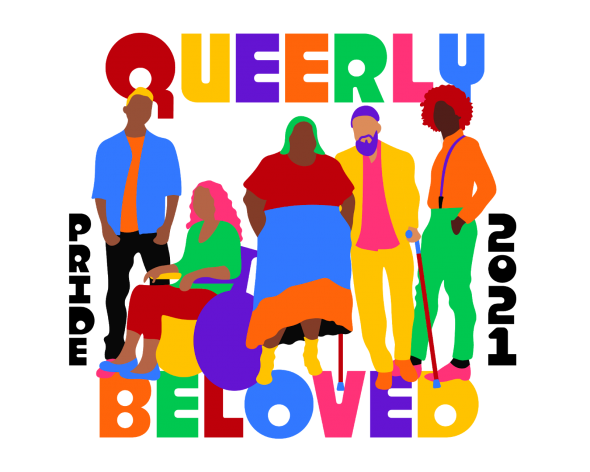 This year's theme is queerly beloved, to emphasize the beauty found in the many different sections of the LGBTQIA+ community.