Chaplain and Director of the William Jewett Tucker Center

The Rev. Dr. Nancy A.G. Vogele, '85, is the Chaplain and Director of the Tucker Center for Spiritual and Ethical Living here at Dartmouth.  Before that, she was the Rector of St. Matthew's Episcopal Church in Goffstown, NH.  From 2013-2016, she served as the Director of Religious and Spiritual Life of the new William Jewett Tucker Center.  Overall, she has served for almost 20 years in Episcopal parish ministry. Rev. Vogele has also been deeply involved in social justice  work, most recently as the Chair of the Reconciliation Commission of the Episcopal Diocese of New Hampshire. She also served as the Chair of the Dismantling Racism Commission for the Episcopal Diocese of Vermont,  as a member of the Vermont Commission on Family Recognition and Protection, and as an officer for United Valley Interfaith Project, a community organizing project in the greater Upper Valley.  Throughout her career and in her personal spiritual journey, Rev. Vogele has sought to make connections between religious profession and social justice.  In addition to a Bachelor of Arts degree from Dartmouth (1985), she holds a Master of Divinity from Yale University Divinity School and a Doctor of Ministry from Episcopal Divinity School in Cambridge, Massachusetts. 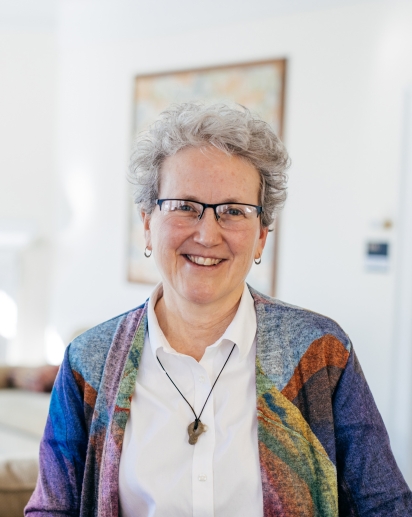