Abdul Rahman Latif, aka "Brother Latif," is the Muslim Chaplain and Associate Director of the Tucker Center for Spiritual and Ethical Living at Dartmouth. He grew up in Western Maryland, due south on the Appalachian trail. Prior to coming to Dartmouth, he was an Adjunct instructor at Mercy College and Teaching Assistant and cataloger at Columbia University, as well as an active member of the NYC Muslim community. From 2017-2018, he served as the Affiliate Campus Minister for Muslim Students Association at Boston College and acted as the academic advisor for the Boston Islamic Seminary Academy Program (now 'Iqra Academy'). Abdul Rahman believes in the Prophetic example of radical presence, mercy, and justice. In addition to his chaplaincy and administrative work, he is an avid reader, writer, and an aspiring hiker. Abdul Rahman holds a Bachelor of Arts from Duke University and a Master of Theological Studies from Harvard Divinity School. He is currently a PhD Candidate in Religion at Columbia University where his dissertation focuses on medieval Islamic storytelling traditions. 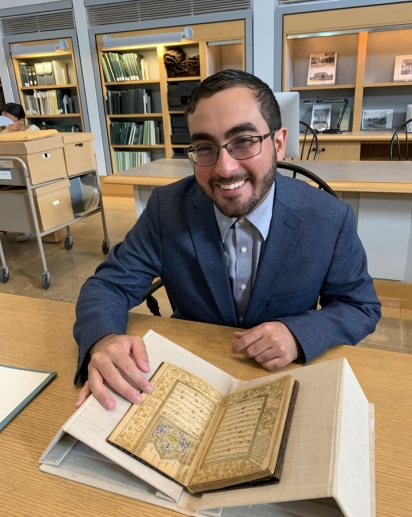