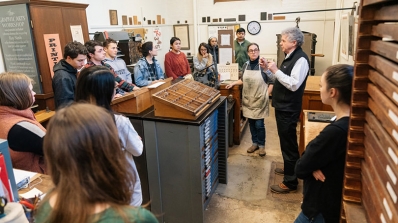 History of the Dartmouth Powwow

In 1971, newly inaugurated President John Kemeny pledged to address the historical lack of opportunities for Native Americans in higher education. Due to his efforts, Dartmouth College has one of the strongest and most diverse Native American communities among the academic community. It was during the Kemeny Administration that NAD held it's first Powwow. The Powwow has since grown in both size and scope. What was once a small gathering at Storr's pond, and later at the Bema, is now an event that attracts upwards of 1,500 people from all over the country.

In addition to being recognized as one of the six traditional events that the College allows to commence on the Green, the Dartmouth Powwow also has the distinction of being the second largest event of its kind in the entire Northeast (second only to Schemitzun, an event sponsored by the Mashantucet Pequot Nation).

The Dartmouth Powwow brings together all facets of our community. The Powwow is an opportunity for students, faculty, staff, and administration from all the Dartmouth Communities, and the Upper Valley to see and participate in Native American culture from many different tribes and traditions.