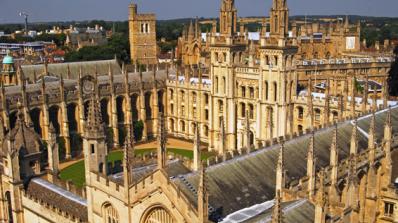 The Road to Rhodes

When Miriam Kilimo ’14 attended a reception for this year’s Kenyan Rhodes Scholarship finalists at the residence of the British High Commissioner in Nairobi—the last stage in the Rhodes selection process before her formal interview—it hit her: “I’ve done this before. This is just an extension of all the things I’ve learned at Dartmouth.” 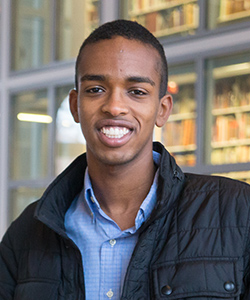 Rhodes Scholar Ridwan Hassen ’15 is from the United States. (Photo by Eli Burakian ’00)

As announced in November, Kilimo, Ridwan Hassen ’15, and Colin Walmsley ’15 have been named 2015 Rhodes Scholars. Their achievements are the culmination of a long process begun, for Kilimo, in her sophomore year, when a professor encouraged her to consider the scholarship.

Eighty-three students from designated Rhodes countries—including 32 scholars from the United States—receive the honor each year, which supports postgraduate study at the University of Oxford in Oxford, England.

Kilimo says her experience as a Leadership Fellow through Dartmouth’s Nelson A. Rockefeller Center for Public Policy and the Social Sciences helped her feel comfortable at the reception and during her interview. “Every Thursday at Rocky we had to interact with guests, including governors, ambassadors, businesspeople. That made it seem normal to go and meet the British High Commissioner.” 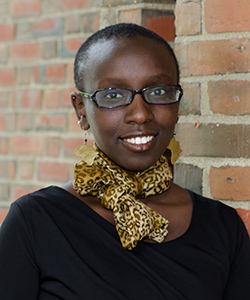 From the civic skills training she received as a Rockefeller First-Year Fellow to presenting her Senior Fellowship research to a full room in Occom Commons, Kilimo says, “I’ve been taught how to handle myself, posture, how to speak—all the small things. It’s just up to me to apply it.”

Walmsley, who is currently a Rockefeller Leadership Fellow, says, “When you read the profiles of recent Rhodes scholars, it’s intimidating. I asked the Scholarship Advising office, this is my GPA, this is what I do on campus—do I have a shot? They said you never know, so you might as well try.”

“You can’t win if you don’t apply,” says Jessica Smolin, assistant dean for scholarship advising. “And in applying, you learn so much about who you are, what motivates you, your values, your strengths. The skills you gain putting together a Rhodes application are incredibly transferrable.” 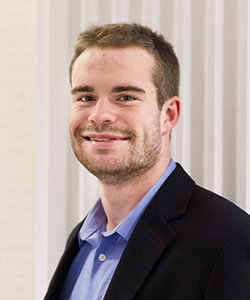 Applying for a Rhodes Scholarship is a complex process that varies by country. In the United States and Canada, applicants write a personal statement and a two-page list of activities, and collect recommendations from faculty and others who can speak to their academic and character strengths. “It can feel like This Is Your Life,” says Smolin.

Candidates are nominated by the College’s Committee on Graduate Fellowships, a group of faculty members who review their application materials and interview them—an intensive process in and of itself.

Once the students are nominated, regional Rhodes Trust panels review the students’ applications. Finalists in each region are invited to a reception and a formal interview with the panel—in Atlanta, for Hassen, Calgary for Walmsley, and Nairobi for Kilimo.

To help finalists prepare, Dartmouth organizes mock interviews. Finalists often seek out the advice of faculty who have been Rhodes Scholars, as well as alumni who have been through the experience.

Walmsley describes his interview as rigorous. “They were hopping from one question to the next to test how quickly I could think on my feet. It was almost like a sport.”

“Rhodes is known for throwing in the oddball questions,” says Smolin. In addition to in-depth questions about his scholarship, Walmsley says he was asked “to describe, vividly, a rugby play that I’d done.”

Having answered questions about her research on female genital mutilation, Kilimo says she nearly flubbed one about what she does for fun. “Somehow I decided to answer that I write about my research. That came off as if I don’t have a life!”

Rhodes Scholars in each region are announced on the same day as their interviews. Hassen describes the moment his scholarship was announced. “The panel said my reaction was priceless when they called my name. I kind of froze, looked at them funny, and then actually realized I was called.”

Why does it matter to Dartmouth that students compete for scholarships like the Rhodes?

“The Rhodes is internationally recognized, and the experience at Oxford is one of a kind,” says Ayo Coly, associate professor of African and African American studies and comparative literature. “The students who get the Rhodes showcase the excellence and the brilliancy of Dartmouth’s liberal arts curriculum.” Coly, who has served on the Committee on Graduate Fellowships, was the professor who initially told Kilimo about the Rhodes.

Sienna Craig, an associate professor and chair of the anthropology department and Walmsley’s anthropology thesis adviser, says, “Rhodes is this great gift of time that allows you to explore yourself, to see the world in different ways, to interact with a diverse group of people. That in itself is transformative.”

She adds, “It’s important for Dartmouth to support not just Rhodes but other programs like Fulbright, and Dartmouth fellowships like Lewin and Lombard.” Craig credits her experience as a Fulbright scholar in Nepal with shaping her career. The Scholarship Advising Office supports students applying for numerous postgraduate opportunities in the U.S., U.K., and elsewhere.

Asked what advice he would give to prospective Rhodes applicants, Walmsley says, “If you think you’re going to regret not doing it, definitely do it, even if you think you don’t have a chance.”

“It’s good for students to identify their interests early, and to have faith in themselves. Even though these programs are very competitive, they are within the reach of Dartmouth students,” says Smolin.

She encourages students to make an appointment with her. “I’m happy to talk with anyone at whatever stage of the process.”

For information about applying for Rhodes and other programs, and to see a list of past recipients, visit Dartmouth’s National Scholarships/Fellowships website.