Rabbi Idelson was ordained at Hebrew Union College-Jewish Institute of Religion (HUC-JIR) in 1991, and has spent a majority of her career in academic settings. Following her ordination, she served as Director of Religious Activities and Chaplaincy Services at Vassar College, and from 1998-2002 as Rabbi at Carleton and Macalester Colleges. In 2002 she returned to HUC-JIR, where she served for fourteen years, including a decade as Dean of the New York campus. She launched a number of major initiatives during her tenure there, including a multi-year spirituality program that engaged faculty, staff and students in contemplative practices linked to social justice particularly focused on racial justice and environmental activism, and a new course on the art of creating meaningful worship. At an HUC-JIR Founders Day celebration in her honor in the spring of 2016, speakers cited her "profound impact" on the institution, her "zealous and principled" advocacy, and her capacity to build "a community of joy."

A History and Religion major at Dartmouth, Rabbi Idelson earned her Ph.D in History from the CUNY Graduate Center in 2014. In addition to her temporary, part-time service at Dartmouth this year, she will continue as Senior Advisor at the Harold Grinspoon Foundation, where she works with the PJ Library team in support of authors, illustrators and others involved with the creation of children's books with Jewish content. In this capacity, earlier this summer she co-facilitated a week-long intensive workshop on "Exploring Jewish Themes and Content" in graphic novels at the Center for Cartoon Studies in White River Junction, Vermont.

Rabbi Idelson has an MS in Journalism from Columbia University, worked as a producer, reporter and announcer at Minnesota Public Radio, and directed Arts and Religion in the Twin Cities, a project funded jointly by the Luce and Rockefeller Foundations. She is currently completing a book on Stephen S. Wise, the Jewish Institute of Religion, and the reinvention of American liberal Judaism. She lives with her partner in western Massachusetts, and enjoys running, reading, looking at art, and playing music. 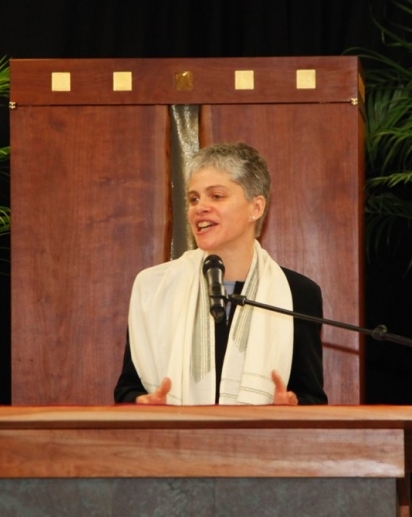