Meet Jennifer Clarke at the Careers in Social Impact Dinner and Networking Event on Oct 13th and at the Lunch Discussion on Impact through Policy and the Law on Oct 14th. 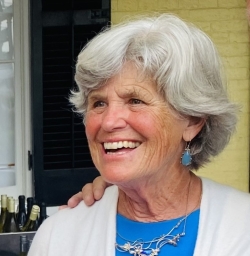 Jennifer R. Clarke, '77, served as Executive Director of the Public Interest Law Center in Philadelphia from 2006 to March 2021. Jennifer was lead counsel in major Law Center litigation, including a successful challenge to Pennsylvania's voter identification law and a successful challenge on behalf of children with disabilities to the School District of Philadelphia's failure to individualize programs during school breaks. Her work in the public interest led to her being honored with the Bending the ARC Award from the Public Interest Section of the Philadelphia Bar Association, the Public Interest Law Center's Thaddeus Stevens Award, the Pennsylvania Bar Association's Special Achievement Award and the Lawyers' Committee for Civil Rights Under Law's Edwin D. Wolf Award.

Prior to joining the Law Center, Jennifer worked as a partner, an associate, and as a reporter. She graduated from Dartmouth College in 1977, majoring in anthropology and earned her J.D. in 1982 at Columbia University School of Law.