Meet Dan Weeks at the Dessert and Distinguished Alumni event on October 14th. 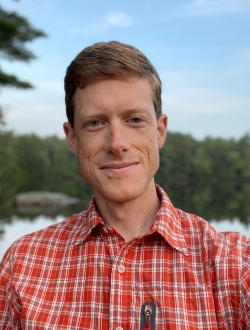 As Vice President of Business Development at ReVision Energy, Dan leads commercial sales, project finance, and development for the region's largest clean energy company while promoting climate action at the state and federal level. He has been named one of New Hampshire's "Most Influential Business Leaders" by NH Business Review, "Young Professional of the Year" by Stay Work Play New Hampshire, and "Forty Under 40" by the New Hampshire Union Leader. Prior to ReVision Energy, Dan was Executive Director of Open Democracy and president of Americans for Campaign Reform (now Issue One). Dan graduated from Yale in 2006 and received a Master's in Political Science from Oxford in 2008.

Breaking the Mold is co-sponsored by the Center for Professional Development, the Tuck Center for Business, Government, & Society, the Rockerfeller Center for Public Policy and Social Sciences, and the John Sloan Dickey Center for International Understanding.